15 Rugby Place is an excellent example of a picturesque free-interpretation of a variety of architectural elements from differing styles. Overall, the home can be classified as Shingle Style as seen in the eyebrow window at the front elevation, shingled walls and flared ends. The front porch grouped Tuscan columns, dentils and railings are typical of the Classical Revival style and its leaded glass, window massing, projected side gable roofs and bell skirt found between the first and second floors are typical of late Queen Anne. The home is considered a contributing structure to the historic significance of the Elgin Historic District. At the time, the home cost $2,600 and built by contractor John A. Wright. 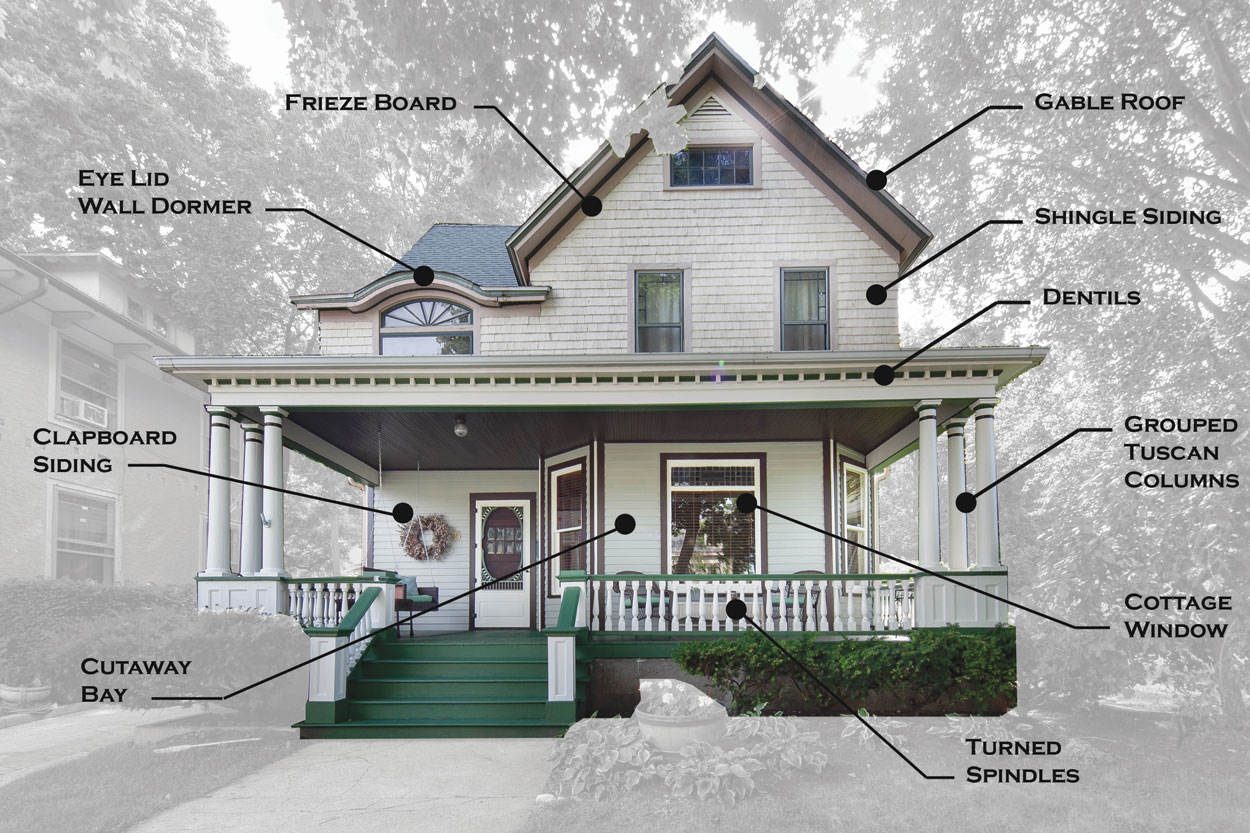 William A. Kerber built 15 Rugby Place at some point before 1890. The immigrant from Germany was born in 1865 and was something of an Elgin land baron, owning the entire east side of Rugby Place and some lots just north of it on Chicago Street.

He had 15 Rugby built for $2,600 by John Wright, and William mainly used it as a rental property. His sister, Louise, married Carl Botsford at 15 Rugby in 1889. Botsford was elected mayor of Elgin in 1905. William himself married Emma Stiles in 1931 and died in 1945. He belonged to First Congregational Church of Christ and served on the city’s board of zoning appeals and the board of Union National Bank & Trust Co.

William and his brother, Charles, opened a retail meat market in downtown Elgin in 1882 that remained in the Kerber family until 1950. In 1890, Charles opened a slaughterhouse and ice house on the west side of the Fox River, just south of Elgin, that eventually became a packing plant. In 1904, the brothers incorporated as Kerber Packing Co., and it became one of the largest independent meat processors in the Midwest. 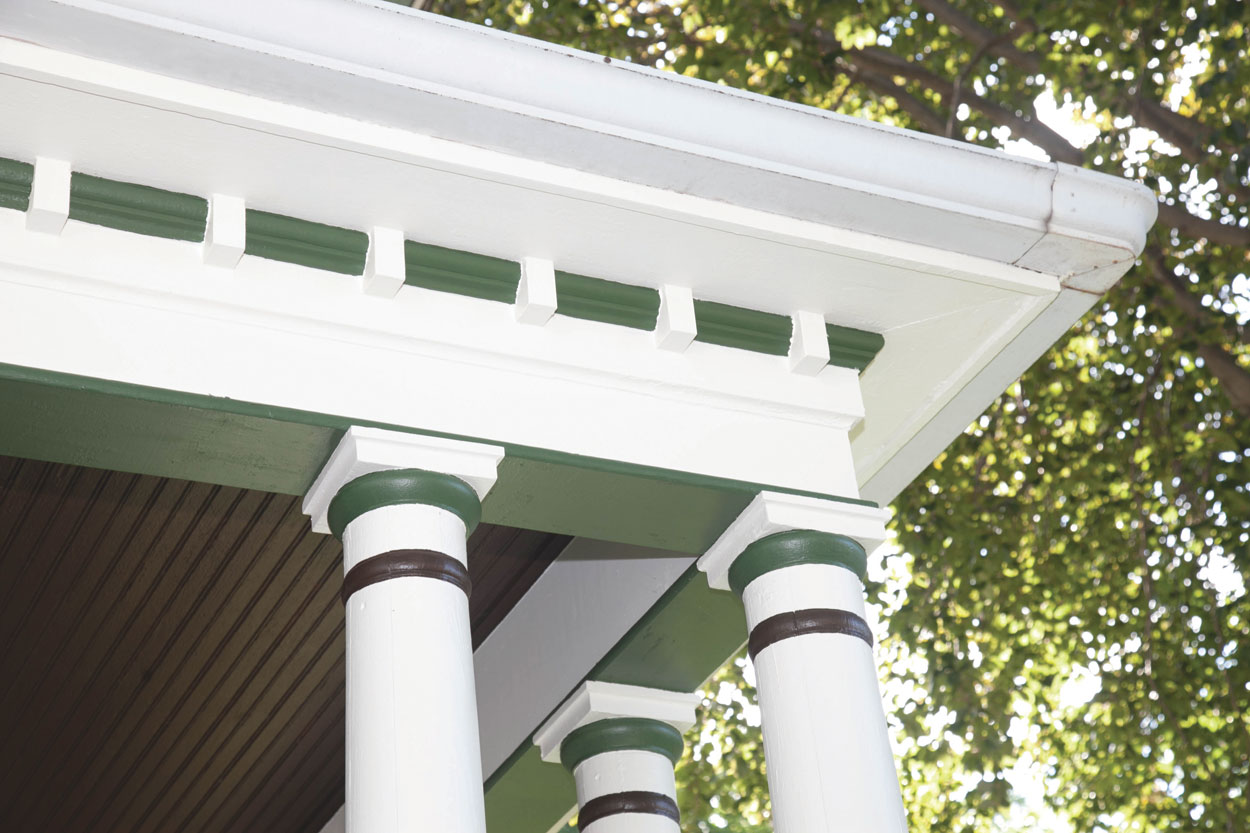 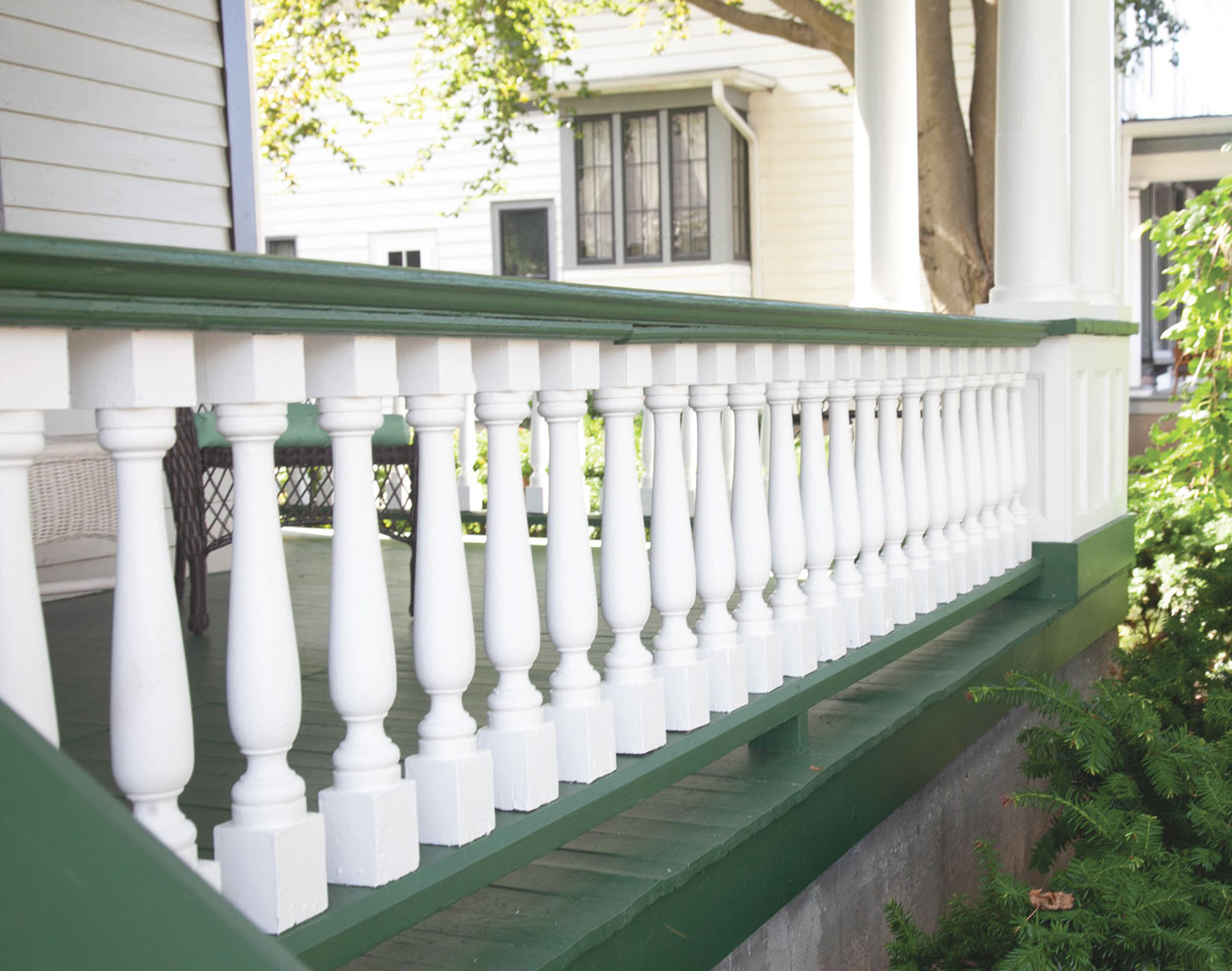 Kerber Packing’s primary output was pork. All parts of the pig were used, however, and Kountry Kleer-brand lard, as well as soap, grease, hides, and hair for use in automobile upholstery, were produced as well. In the 1910s, the plant expanded. A modern plant was completed in 1917, tripling production capacity. By 1950, it employed 150. William Kerber sold his interest in the plant about 1925, but the Kerber family owned it for many years.

The first tenant at 15 Rugby was John Woodworth, manager of the T.F. Swan Department Store in Elgin. He lived there with his wife, Ella, and daughter, Mattie. In the 1920s, among the renters were Phillip Brown, manager of the Leath store rug department; his wife, Bonnie; and Phillip’s sister, Muriel, an employee of Elgin National Watch Factory. Tenants came and went.

In the 1940s, 15 Rugby became the parsonage for two consecutive pastors of Elgin’s First Baptist Church. First, Rev. Alva McKenney and his wife, Margaret, lived there, followed by Rev. Willis Reed and his wife, Sarah.

Walter and Lois Egoroff bought 15 Rugby in 1967. Walter was an optometrist, and Lois was a secretary for the Elgin Public Schools. The family owned the property until 1988. 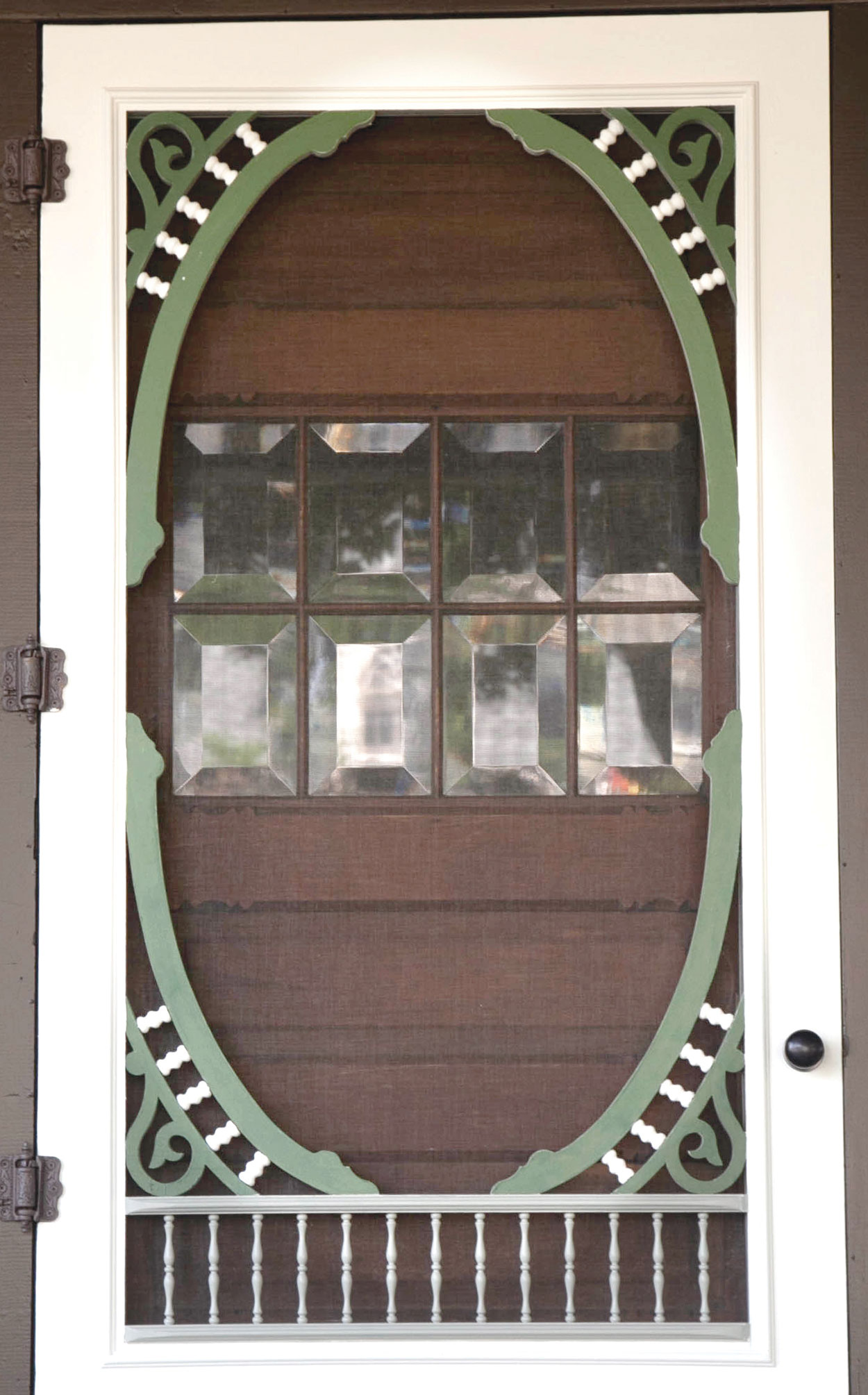 Stephen and Tammy Lynch, owners of Lynch Inc., bought the house in 1989 and lived there until about 2006. They sold to Peter and Kristen Scott, an art instructor and a therapist who used horses in her therapy. The Scotts moved to a farm, and they rented 15 Rugby to another tenant.

Mike Maginity and Toni Kernene bought 15 Rugby from the Scotts in February 2021. Mike says the minute they pulled up to the house, they felt they were at home. They were attracted by the porch with the swing, the leaded glass windows and unique door. The at-home feeling persisted as they looked around.

The couple had owned houses separately before. They’d previously rented an apartment in Bartlett above Banbury Fair, built as a house in the 1880s but now a collection of shops.

Mike grew up in Chicago and Northlake, and Toni grew up in Northlake. Toni is in the furniture business and is an interior designer and decorator. Mike is an executive consultant in the information technology and human resources industries.

Work the couple has done in their house includes having the wooden floors resurfaced throughout the entire house; the front porch and interior walls repainted. They replaced the cellar doors, restyled the laundry room and put in ceramic tiles in the kitchen.

Toni and Mike plan to put new counters and a new sink in the kitchen, install new light fixtures and finish painting the house’s exterior. One big potential project is to build out the attic and construct a walkup staircase to it.

Toni’s mother and two sisters live in Elgin, so the couple has been familiar with the city for decades. “However, we never knew that Rugby Place existed. It feels like a secret gem overlooking a beautiful park, quiet and timeless,” Mike says.

Mike says they love how quaint Elgin is and enjoy walking around the neighborhood to look at architecture and landscaping. They love living in the “heart of the historic district, on a charming street with great neighbors,” he says.

They are longtime fans of Nightmare on Chicago Street, which is returning to downtown Elgin this year around Halloween. Favorite restaurants and shops include Ray’s, Walnut Speakeasy, Al’s Café, Arabica Café, Lark & Owl, Martini Room and Elgin Public House. The couple has their car serviced at Martin Auto.

“Rugby Place has always been an inviting little street.”